To make beats you will need a computer, digital audio workstation, midi controller, virtual instruments (plug-ins), audio interface, speakers, headphones, drum machine, sampler keyboard, synthesizers and musical instruments. These can be used and combined in no particular order, with a sequencer remaining as the anchor in all combinations. Every craft has a particular set of tools and making beats is no exception. Today we are going to analyze some of the most used gear by beatmakers and producers around the world.

The use of beat machines in hip hop trace back to its origin. The AKAI MPC in its multiple versions, being the 2000XL the most iconic, is a complete music production suite with endless capabilities such as sampling, sequencing and in some models even synthesis. It has been used by super producers like Dr. DRE, Scott Storch and The Alchemist.

The new school of beat machines is dominated by software / hardware hybrids. Native Instruments Maschine has quickly taken over this market being used by producers like Zaytoven and Scoop DeVille.

These new technologies make use of digital sequencing while providing a hardware interface with pads, transport control and midi control capabilities.

Sampler keyboards rely on triggering of pre recorded samples which can be integrated into the hardware, imported or recorded directly. Samples can be of a melodic nature like a grand piano, violin, cello, trumpet, etc. But they can also be one shot samples like a kick, snare or cymbals. Most models have editing and sequencing capabilities.

Synthesizers are present in most hip hop genres, like Trap, G-Funk, R&B, etc. They are the backbone of original beats, along with sampler keyboards, and they work by generating audio signals to emulate the sound of instruments, percussions, chants and even create sounds that don’t exist in nature and reality.

Many kinds of synthesizers exist, being subtractive, additive and frequency modulation (FM) some of the most popular kinds.

MIDI stands for Musical Instrument Digital Interface and controllers can be found in all forms and shapes, like keyboards, pads, faders, knobs, buttons, etc. They are used to trigger sounds from a computer, plug-in, sampler, synth, beat machine, etc. and also for parameter control in software and hardware applications. Connection options include MIDI cable and USB.

MIDI data can be recorded to a sequencer for editing and arrangement purposes. One of the main advantages of the this protocol is not having to commit to a certain sound. Imagine a piano roll being played on a different instrument of your choice. This makes for endless possibilities.

The middle man between your computer and reality. Audio interfaces are used as a mean to record audio to your computer using a microphone or a line level instrument and also to send audio to a console feed or speakers for monitoring and mixing purposes. On a more technical tone, converting an audio signal from Digital to Analog or Analog to Digital.

The basic setup of a music producer includes a pair of studio speakers for monitoring purposes. Studio monitors have a flat response and deliver high quality audio for reference purposes, unlike consumer speakers that mask the audio with preset equalizers and fixed compressors. An alternative to studio speakers in the production stage would be to use a good pair of headphones. Mixing with headphones is not recommended. It is well known that the low end do not reproduce accurately on this media.

Digital audio workstations are the matrix of modern production, they consist of a software application with sequencing and editing capabilities. For industry professionals such as recording and mixing engineers Avid Pro Tools has become the undisputed standard. Beatmakers on the other hand have show a certain predilection for FL Studio. There are a lot of alternatives like Ableton Live, Apple Logic, Propellerhead Reason, etc.

Virtual instruments are third party plug-ins that can be opened and executed within a Digital Audio Workstation. They serve many purposes, like for example, emulating a fender rhodes piano, string section, trumpet, bass or drums.

Audio effects such as reverb, delay, echo, amp simulators, etc. also come in the form of plug-ins. Many different plug-in formats exist, being VST, AU, RTAS and TDM some of the most popular.

Having a decent personal computer or mac is half the battle. Any laptop can be turned into a beat machine by installing a few pieces of software. There are countless apps and plug-ins, one for every purpose you can imagine. Back in the day producing music on a computer was expensive and unreliable, but in present time any entry level computer will do since the horsepower required for audio processing is easily surpassed by almost any computer on the market.

One thing that will make you stand out from the competition is having a musical background. Learning to play an instrument like keyboard or guitar  is the best thing you can do if you are looking to make beats. This will give you notion of timing, harmony and progressions; reflecting in more solid melodies to build beats.

Turntables in the hip hop culture have different uses, but whether you are a DJ or need to sample an old vinyl to make a beat, the Technics SL-1200 has definitely become an icon. The use of a turntable as an instrument is a clear example of determination to create something from nothing.

We live in exciting times, not so long ago delving into the world of music production was much more difficult but with the rise of new and affordable home studio technology, getting started in the beatmaking world has never been easier. You can straight up start making beats with your college or family computer with the help of a software bundle. So there is no excuse, you don’t need all of the above. It is not about the gear, it is about what you make with it. 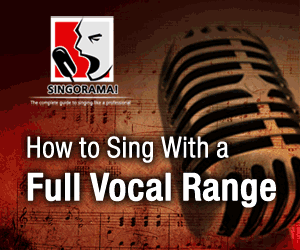 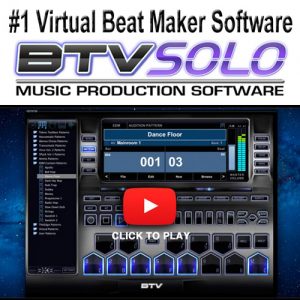